The Future is Round

Supply chains aren’t a new idea. It depends on the authority you choose to reference, but they’re at least a century old. Most pundits see them taking shape with the invention of the assembly line in the early 20th century, but in fact, supply chains as a concept have been around for much longer. Before they were global, they were local; but a supply chain is a supply chain. And supply chains were always linear and never circular, right?

Just to align our terms: a circular supply chain is one in which materials not consumed during the manufacturing, packaging, and distribution processes – materials that would otherwise be discarded or destroyed – are preserved and returned to the supply chain or another production line altogether where they can be consumed for another purpose.

It’s hard to imagine that supply chain managers of an early age weren’t thinking about circularity at all, at least in purely economic terms. If a valuable item – say, an automobile engine – failed to meet specs, would they toss it out altogether? Or would they return it to the line and either repair it or strip it down for parts? To say that supply chains have never been circular is an oversimplification.

So why is the idea of a “circular supply chain” thought to be new? 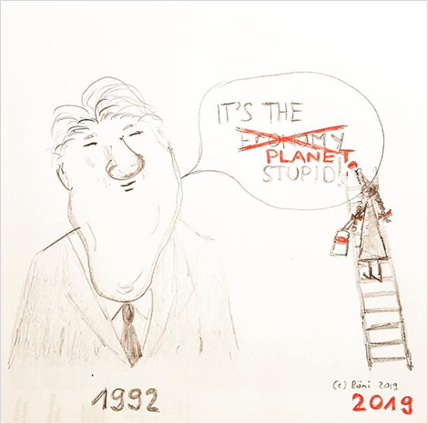 The U.S. Department of Agriculture estimates that from 30% to 40% of the U.S. food supply is wasted.

A supermarket plastic bag was found at the bottom of the Mariana Trench, the deepest place on earth at about 36,000 feet.

The World Bank says, we generate billions of tons of municipal solid waste annually, with at least 33% of it not managed in an environmentally safe manner.

We use cookies on our website to give you the most relevant experience by remembering your preferences and repeat visits. By clicking “Accept All”, you consent to the use of ALL the cookies. However, you may visit "Cookie Settings" to provide a controlled consent.
Cookie SettingsAccept All
Manage consent

This website uses cookies to improve your experience while you navigate through the website. Out of these, the cookies that are categorized as necessary are stored on your browser as they are essential for the working of basic functionalities of the website. We also use third-party cookies that help us analyze and understand how you use this website. These cookies will be stored in your browser only with your consent. You also have the option to opt-out of these cookies. But opting out of some of these cookies may affect your browsing experience.
Necessary Always Enabled
Necessary cookies are absolutely essential for the website to function properly. These cookies ensure basic functionalities and security features of the website, anonymously.
Functional
Functional cookies help to perform certain functionalities like sharing the content of the website on social media platforms, collect feedbacks, and other third-party features.
Performance
Performance cookies are used to understand and analyze the key performance indexes of the website which helps in delivering a better user experience for the visitors.
Analytics
Analytical cookies are used to understand how visitors interact with the website. These cookies help provide information on metrics the number of visitors, bounce rate, traffic source, etc.
Advertisement
Advertisement cookies are used to provide visitors with relevant ads and marketing campaigns. These cookies track visitors across websites and collect information to provide customized ads.
Others
Other uncategorized cookies are those that are being analyzed and have not been classified into a category as yet.
SAVE & ACCEPT